Trick or Techrat is the sixteenth episode of the second season, and the 42th episode overall, of the Jem animated series.

Rio, Jem, Danse and The Holograms work to restore an old opera house in time for a fundraising concert on Halloween. Strange accidents occur that indicate the old place might be haunted.

A bad scare the night of the concert causes Terri, a timid Starlight Girl to go missing in the buildings’ secret passages. The group’s search for Terri reveals the truth behind the recent strange occurrences. 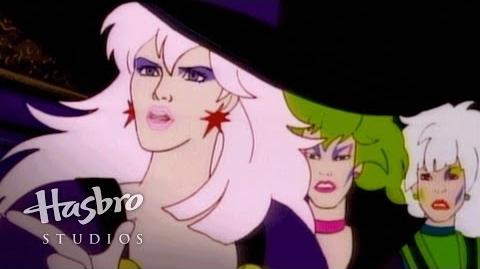 Retrieved from "https://jem.fandom.com/wiki/Trick_or_Techrat?oldid=31999"
Community content is available under CC-BY-SA unless otherwise noted.