The World Hunger Shindig is the ninth episode of the first season, and the 9th episode overall, of the Jem animated series.

Jem and The Holograms are invited to perform at the World Hunger Shindig, a concert benefiting the victims of world hunger. When the Misfits learn about this, they try to horn in. Sally Brand, organizer of the concert, tells them they can perform, but can't be on the live album unless another group backs out. Eric Raymond schemes to keep the Holograms away from the concert and to make a tidy sum of money for himself in the process. 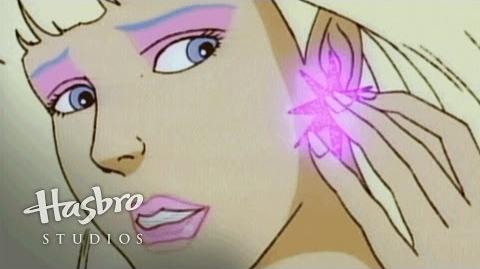 Retrieved from "https://jem.fandom.com/wiki/The_World_Hunger_Shindig?oldid=32030"
Community content is available under CC-BY-SA unless otherwise noted.