Old Meets New is the twenty-first episode of the first season, and the 21st episode overall, of the Jem animated series.

When Jem and The Holograms perform a cover of a song called "Rock And Roll Is Forever" at an outdoor concert, they infuriate an elderly singer named Bobby Bailey, who turns out to be the lead singer of a 50's rock and roll band called Bobby Bailey and the Tornadoes.

However, Bobby turns out to be a man with a big heart, but also a big problem: his flat is scheduled for demolition and Eric Raymond is behind it. Will Jem and the Holograms manage to help Bobby or will the wrecking ball win the day? 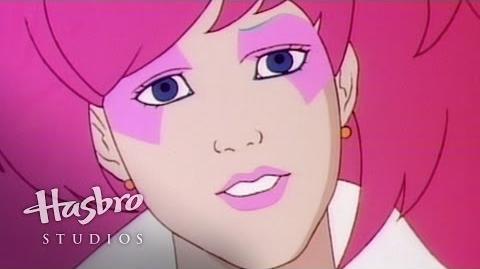 Retrieved from "https://jem.fandom.com/wiki/Old_Meets_New?oldid=32417"
Community content is available under CC-BY-SA unless otherwise noted.