In Search of the Stolen Album is the seventeenth episode of the first season, and the 17th episode overall, of the Jem animated series.

As Jem and The Holograms prepare to release their debut album, Eric hires Zipper to steal it so the Misfits can use the material for themselves. Pizzazz sends the Holograms anonymous letters with clues that will supposedly lead them to the stolen album, but instead they lead them into dangerous situations. In the end, Pizzazz becomes angry at Eric since they got a French lessons album instead of the debut album. 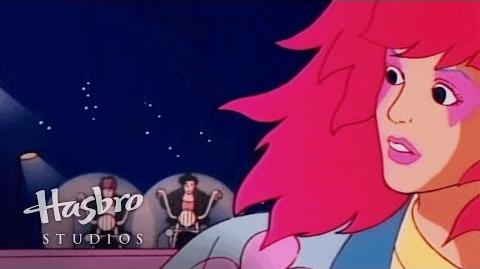 Retrieved from "https://jem.fandom.com/wiki/In_Search_of_the_Stolen_Album?oldid=32010"
Community content is available under CC-BY-SA unless otherwise noted.