Christy Marx (born circa 1952) is an American screenwriter best known for her work on various TV series, including Jem (which she created), Teenage Mutant Ninja Turtles, Conan the Adventurer, G.I. Joe, Hypernauts, Captain Power and others.

She is also known for her original comic book series Sisterhood of Steel, as well as her work on Conan, Red Sonja and Elfquest.

Christy Marx is also the creator of the Jem Bible.

Christy's work in Jem comprises development for the series for all three seasons (65 episodes), story editor for the second and third seasons, and head writer.[1]

Her husband, Peter Ledger (1945-1994), was an illustrator. The computer game Conquests of Camelot and the Sisterhood of Steel graphic novel feature his art.

In 2000, Marx won the Animation Writers Caucus Animation Award from the Writers Guild of America for her contributions to the field of animation writing.

In June 2012, it was announced that Marx would be writing the character of Amethyst, Princess of Gemworld in a revival of the comic book series Sword of Sorcery.

In 2015, she had a brief cameo in the film, Jem and the Holograms, in which she portrayed Lindsey Pierce, editor of Rolling Stone magazine.

She currently works on Zynga, where she continues to work with games.

Christy in the Jem and the Holograms film as Lindsey Pierce. 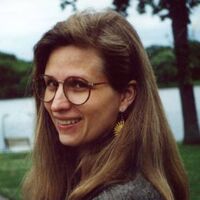 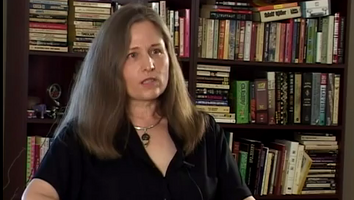 Christy in an interview included in the Jem DVD box set. 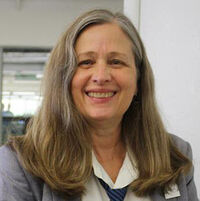 Conquests of the Longbow
(1991)
Add a photo to this gallery 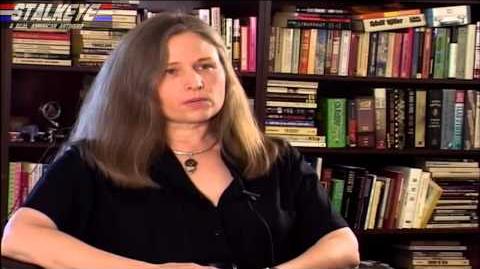 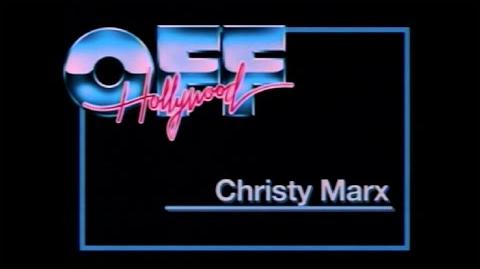 Retrieved from "https://jem.fandom.com/wiki/Christy_Marx?oldid=31442"
Community content is available under CC-BY-SA unless otherwise noted.